…but I have prayed for you, my Prodigal Son 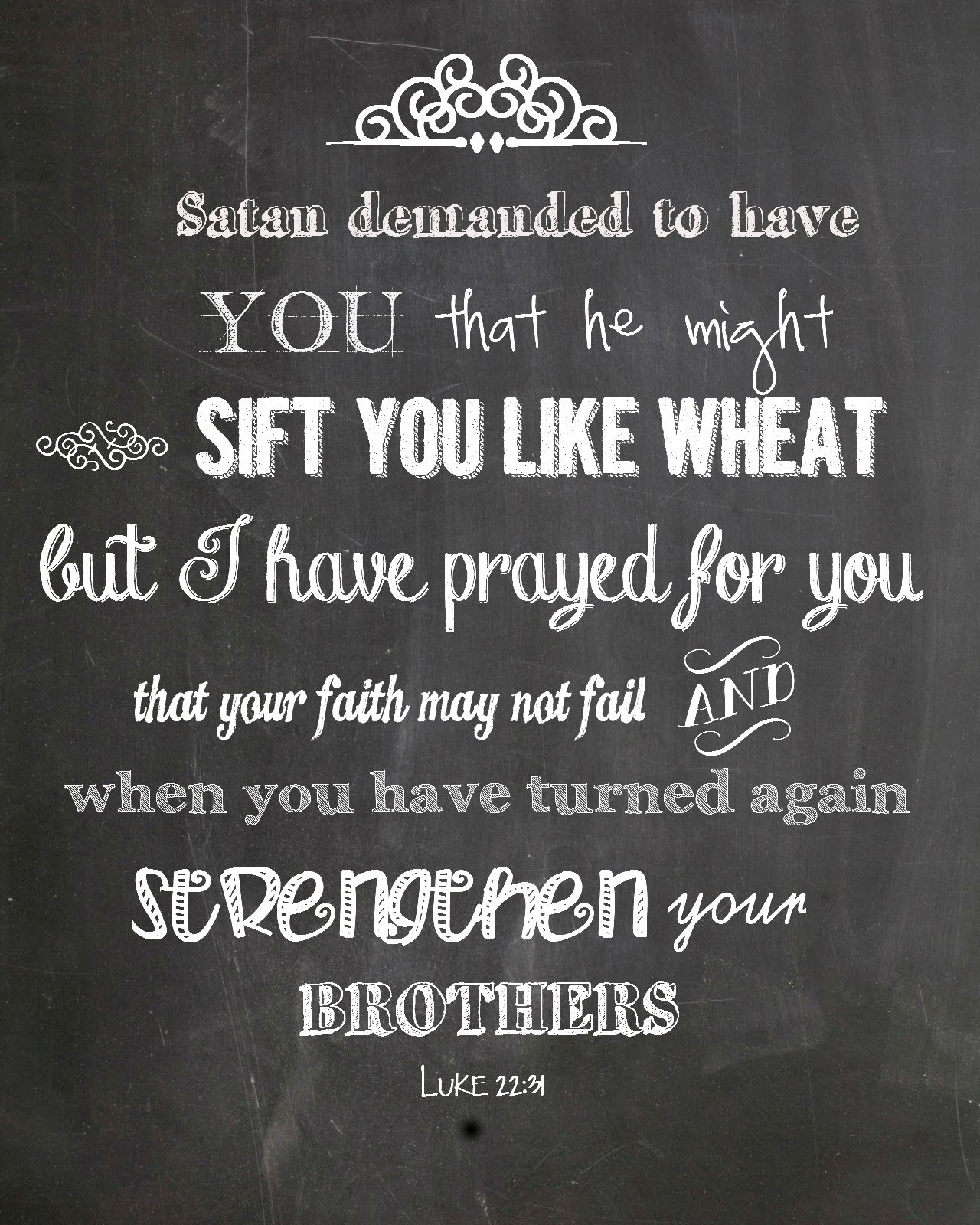 Not because your children are awful.  Although, admit it, sometimes they are.

Or especially because you feel like you’re not a good parent.  Again… don’t deny it, you feel that way more than you don’t.

In some way, shape or form, you fail them as a parent.

It’s not that you aren’t trying your best.

It’s not that you wouldn’t do things differently if you could.

It’s not that you don’t love them enough.

It’s just that unlike Jesus, you are an imperfect person, and because of that, you will fail.

Not at everything; just… some things.  Some things will be minor, yet some will be a barrier to their happiness. Because the only true happiness is found in Him.

How do I know this?  Well, I’m a parent.  We have been blessed with three wonderful children, but they’re all different. Of course, they are all unique individuals, and despite the same upbringing, they’ve had distinct experiences, advantages and opportunities.  Yet they were all raised with the same amount of love, care and attention. They were all brought up with the same grounding in the truth of God’s Word, an equal emphasis on character and integrity, an insistence on education, and so much more.  We didn’t love anyone any less or any more.

Despite all that we’ve done to level the playing field, so to speak, we have one particular child that is living a prodigal life.  It’s hard; I’m constantly reevaluating all the things I did wrong as a parent.  What I might have done differently.  How we might have guided him so that some of his choices wouldn’t  be the ones he’s making today.

The thing is… even if I – we – had done everything “right,” there is absolutely no guarantee that he would be making the “right” choices now.  People are people, imperfect, wounded, doubtful and often, faithless.  God draws people to Him regardless of the choices they make.  Indeed, He may call out to their hearts precisely because of the choices they make.

I love my son.  I’ve prayed for him even before he was conceived, and there hasn’t been a day since his birth that I failed to pray for him. Sometimes though, it’s hard to know exactly what to pray.  I read a book a year or so ago, Praying Prodigals Home, by Quin Sherrer and Ruthanne Garlock, and one of the things they advised to do was pray the scriptures, specifically, pray a dedicated verse over your prodigal.  Sometimes, I’m so heartbroken, it’s all I can do to pray His words.

Because often, I have none of my own.

The verse above from Luke is the verse God gave me to pray over my son.  I fully believe that God knows my pain and grief over this child.  For me personally, praying for my prodigal, this scripture comforts me by letting me know that even though Satan demands – a strong word demands; not wants or needs or asks, but demands – my son, Jesus himself is praying for his faith to return.

That kind of blows me away…  I’m just a mom praying for her invaluable child, but… Jesus is also praying for His lamb to return.  And not only that, Jesus has the confidence that he will return.

How powerful is that?!?

To put this in full context, Jesus says these things to Peter, just before Jesus explains that Peter will deny him, the Son of God, three times before the cock crows.  Jesus knows that Peter will turn away; He knows how infallible and weak we are to Satan’s temptations.  Yet Jesus also intercedes on Peter’s behalf!  Then knowing that the Father will defeat Satan in ALL things, Jesus says, “and when you have turned again, strengthen your brothers,” which lets me know that it’s just a matter of time before Peter will find his faith again.

This gives me peace to no end about my son.

Do I expect my son’s heart to change overnight?  No.  Do I think his life, and by virtue, our lives, are going to be easy and painless in the meantime?  No.  Do I think that I won’t still have moments, hours, days, weeks, months, or perhaps even years where I’m on my knees pleading and praying for my son to “come home?”  No, I most assuredly do not.  In fact, I fully expect that nothing about this will be simple, happy, or uncomplicated.  I even know that I might never even see my son return to having a relationship with Jesus.  God didn’t promise any of that.

Yet I don’t believe He didn’t specifically put this scripture on my heart to pray for my son, without it being some measure of a declaration.

Now faith is the assurance of things hoped for, the conviction of things not seen.

Satan demanded to have you that he might sift you like wheat, but I have prayed for you that your faith may not fail, and when you have returned, strengthen your brothers.

His words, not mine…  His prayer, because it’s so much more powerful than mine…

0 thoughts on “…but I have prayed for you, my Prodigal Son”