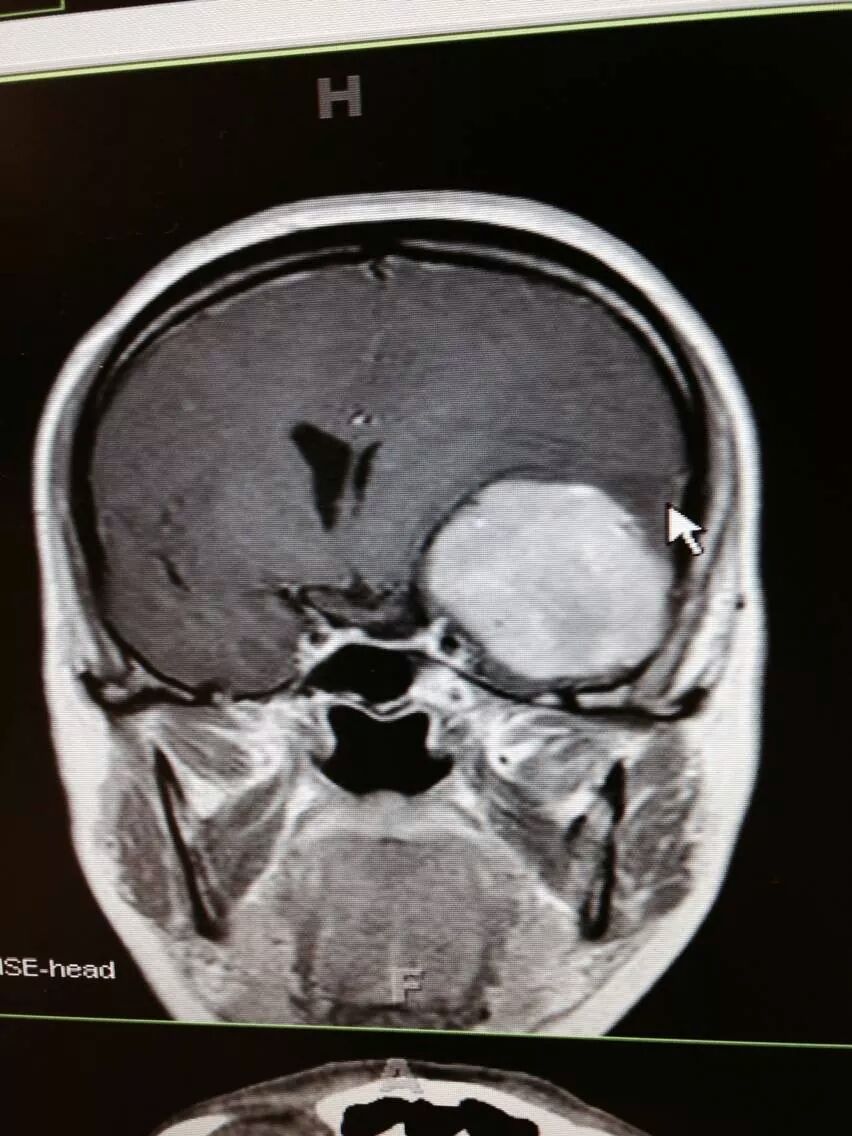 Life, as the saying goes, usually happens while you’re busy living it. Meaning that often, challenges arise when you least expect them.  For instance, you can probably tell in the picture above that all is not quite as it should be.

This is a picture of what the ER doctors discovered when my sister-in-law went in for an unrelenting, month-long, incredibly painful headache.  They told her the tumor behind her left eye – about the size of a racquetball – has probably been growing for 10-12 years. They’ve scheduled surgery to remove it this week.

The doctors are 97% sure it’s benign, and they expect a complete recovery, thankfully.

But the tumor has been quietly growing for a decade or more without the slightest indication of its existence.

Until one day, it was impossible to ignore.

First, I would like to share with you a little about my sister-in-law.  Foremost, she’s a lover of Jesus.  She serves Him, she loves Him unabashedly, and she finds her every breath, thought and action captive to His will for her life.  She accepts and prays for His will in her life, and the lives of her family and friends always.  Because of this, if the tumor happens to be one of the 3% that isn’t benign, she knows that it’s because God has a greater glory in that 3%.  She’s birthed 9 children, but I’m pretty sure that she’s been a mother to more people than that. Some people just have a way of collecting others to care for, love on, protect, guide and encourage, and she is definitely one of those rare individuals.  She doesn’t get stuck wallowing in the hardships  of life; she consistently pushes forward believing that there will always be a positive outcome, somehow, somewhere, so there’s no point in standing still, waiting and worrying.  She is always smiling, radiating joy and peace.  Even when the storm gales rage around her, she is steadfast and calm.  While she probably was born with this temperament, I imagine that raising 9 kids has helped her perfect patience.  She is an encourager of epic proportions; I’ve never been in the same room or same conversation with her that I haven’t come away without feeling better about some aspect of my life.  She takes on challenges – both those of her choosing and those that aren’t – with boldness.  Whether it’s jumping out of an airplane, learning to pilot a 50 ft. boat through a narrow and shallow body of water, working through strained and tenuous relationships, or learning that there’s a tumor in her brain, she fears not.

From her hospital room, shortly after being admitted, and utterly exhausted, she took the time to call each of her children, their spouses, her parents, her siblings, her siblings’ spouses, her in-laws, and her dearest friends.  All with the intent to express her love to each and every one of us.  Not only that, she articulated exactly what it is that she loves about each person.

I don’t know about you, but it’s hard to get a phone call like that.  It’s hard to say words back with any semblance of measured emotion.  Or even unmeasured emotion.  So I very incoherently tried to mumble the appreciation, love and gratitude for her presence in my life.  I’ve always been better at voicing my thoughts and feelings through writing than speaking, so TDBW, if you’re reading this, know that my life is better for you being in it.

Second, I believe there is a parallel in the fact that something so insidious could lay dormant for a long period of time. But, as with most hidden things, they come to light eventually. My sister-in-law lived normally, as if there wasn’t a tumor growing inside, but that doesn’t mean it wasn’t there.

Sin is like that. Pride. Guilt. Fear. Doubt. Shame. Most of the time we can live our lives keeping those things hidden; we don’t think about them often, pay attention to them consistently, but it doesn’t mean they aren’t there.

We all hide things in our lives. In fact, we try to hide them. Life – we think – is easier if we don’t face the issues that show us our sinful nature and human frailties.

Yet, it isn’t easier and it isn’t healthy either. When we keep the things hidden away, we’re living for ourselves and not honoring God.

But He has a way of getting our attention, and bringing the harmful things out into the open. Because, He’s good that way. In all ways, actually, but He cares so much for us that He brings what’s detrimental to us, to light so it can be fixed, can be healed.

I mentioned before that my sister-in-law consistently has the faith – no matter the circumstances – that there is a greater purpose in every single thing. Finding out you have a tumor in your head, and still being able to believe that God’s got a purpose and a plan greater than you can fathom?

Astounding, and yet so simple.

But most of our hidden things aren’t anywhere near that magnitude. We yelled at our kids, over-indulged with a pint of Ben & Jerry’s, did some really stupid things in our younger days, got a divorce, flunked out of college, or something that more than half of the rest of the world also has done. It doesn’t mean it was a good thing to do, but God’s grace is bigger than any of it.

Sigh… I don’t know about you, but knowing that, it’s so much easier to fear no evil. 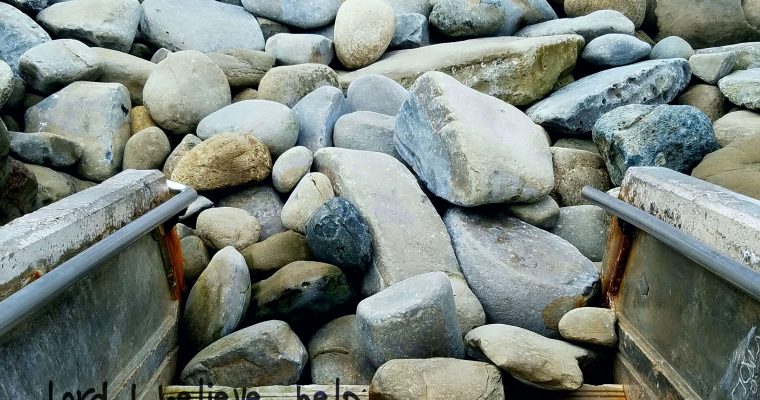 Any long-distance plane trip seems to have free seat-back entertainment anymore, but I prefer to spend long flights taking advantage of unadulterated reading time.  Case in point, last week I finished two books, a rarity for me these days. One of the books, Coming Clean: […]

Faith, Uncategorized
-
by Christine
-
0 Comments
Dismantling the Homeschool Schoolroom
Monday Morsels 9.7.14 – How to Draw a Horse