Hope for Parents of Prodigals 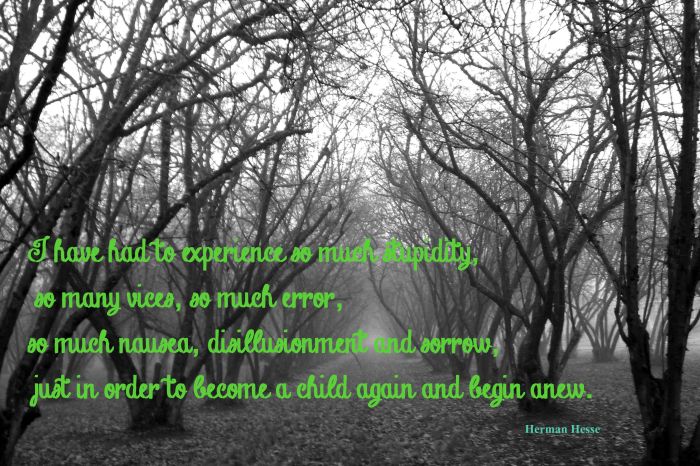 I have a love/hate relationship with Facebook.  Despite my misgivings about it, it remains one of the few ways I can keep in touch with friends and family I might not otherwise connect with on a regular basis. To that end, I still log in, and sometimes, I’m rewarded.  In this instance, a friend shared a post from The Old Schoolhouse Magazine that spoke volumes to me, and I’ll share it in full below. Beyond the post itself though, two things stood out:

First, the friend who shared it was someone with whom our family spent years involved with theirs through homeschooling. Although she and I have had many conversations through the years, and I know, I know, I know she’s faced similar struggles raising a family (don’t we all?), it was a revelation to me that she was having “wayward children” issues, same as me. She’s one of those moms who always seems so… together, you know?  Her children have, to my awareness, all been very active in the church and in missions work.  On the outside looking in, it seems as if there haven’t been any speed bumps in the road. And I’ve often felt as if every family who ever homeschooled alongside us, has perfect children. Everywhere I turn (social media, I’m talking to you…) every other family I’ve ever known in the history of forever has always had aperfect relationship with a child.  Never had a child who messed up, walked away from their family, or who are disillusioned with God because of the Christian way they were raised. At least, it seemed like it to me, until my friend shared the post. Now I know that’s untrue.

Next, there are a LOT of us out there.  Based on the hundreds of comments after the post, Christian parents – homeschoolers and not – have raised children with a knowledge of a loving God, and yet, they’ve turned away from that awareness and understanding with a particular vehemence.  Reading through the comments, I’m struck by how much hurt there is on both sides of relationships. I’m heartened to know our family is not alone, but disheartened to know that so many of us thought we were sharing the love of Christ through our words and actions, and perhaps those words and actions said the exact opposite.  I don’t remember so many of my own generation being so antagonistic toward the values our parents tried to impart to us. I remember basically holding onto those same values, but maybe just being selfish and wanting to relax the rules a bit before I fully immersed myself in adulthood.  But the Millennials? Many are almost diametrically battling against our core values.  Is it the media? Culture?  Christianity? Satan?  What?

In church this past Sunday, the pastor discussed how so much of life is hard, and that in order to be like Christ – which is what as Christians we should seek to be – we’ll have to live like Christ.  And Jesus’ life was hard.  He was cast out, abused, threatened, made fun of, hated, beaten, misunderstood, and ultimately, made to die.

In essence, that’s what our life will be if we choose to follow after Him.  (Sorry to be Debbie Downer, here!)  I think the point is, we have to stop asking ourselves why it’s all so hard, and not try to find a reason for it being hard, but to find the purpose in the hard things.  Reason and purpose being two entirely different things. So why we think that raising our children to love and follow God will be any easier, I don’t know.  Ugh.

Lately, I’ve seen and read so many things that have made me think about what it means to be the parent of a prodigal. What it means to be a Christian and a parent of a prodigal. There are so many out there like me – like us – that are hurting, embarrassed, ashamed, weary, lost and broken by the relationship(s) with their offspring.  I think I’m hearing and seeing these things for a reason: they offer hope.  Like Jesus, the stories of brokenness offer hope in their midst. I’ll be sharing links to some of these stories, along with my own experiences and thoughts in some future posts.

Why would I do that when I still have one who hasn’t “come home” yet?  Because maybe like the comments I read from The Old Schoolhouse Magazine Facebook post below, you’ll know you’re not alone.  Maybe you’ll relate to this in some way even if this isn’t an issue.  Maybe you haven’t crossed this bridge with one of your own, but you’re having doubts about your parenting, and this will give you hope.  Maybe you don’t need to read it, and that’s fine, but maybe you know someone who does.

from The Old Schoolhouse Magazine

This is because of “the investment.”

See, all these years you had such dreams for how they’d grow up; you’d be best friends; they’d love the Lord, like you. They’d be honest, right thinkers, never betrayers. And you poured yourself into them. You weren’t perfect, but you loved them, and they should have known it. They should have the logic, the reasoning and the ability to see what you gave up (time and time again) in order for them to have everything they needed. And you didn’t just provide for their physical needs. You drove home the point forever and a day that they were loved so much by you, cherished, adored. They belonged; they were not alone.

All the heart talks. The money that wasn’t there – but you found anyway because it meant they had what they really wanted or needed. The time, the pain, the sleepless nights. All the stress that goes into being a Mama…you accepted it. You endured.

And then that season came where everything was thrown right back into your face. A slap far more painful than anything physical could ever be. The ridiculous logic, the victim mindset, the false beliefs, and worse yet, the embracing of so called friends who made things even worse. The deception began.

What you have to remember is that you gave them to the Lord so long ago. All that investment you keep thinking about – it was truly for them, not for you. It was a living sacrifice unto the Lord. You modeled an un-ending love, like that of Christ. It was for their good, so they would know one day, beyond a shadow of a doubt, that they were so very loved, so cared for. But that wretched, stomach-twisting season came. For years it stayed. Maybe it’s still here. Hope deferred. Heart sick. Maybe they will soon turn a corner.

Someday they will “get it.” Someday they will see. Someday their detractors will be silenced, and someday the Lord will reveal all things and open the eyes of your wayward one. I pray it’s this side of heaven. Hope deferred. Heart so sick.

Train them up, anyway, Mama. Do exactly as the Bible tells you. It doesn’t return void, His word. You have planted seeds, sown them deeply, watered them year after year; and your great God and Savior is the Harvester. Let Him do His work; it is not yours to invest in anymore, apart from praying unceasingly. Put it down. Put it at His feet.

Faithful Mama, I write this to those who have expressed a sadness… or a desire to hear words of comfort about their older ones. Little ones stepping all over your toes and feet, rubbing their yucky noses in your hair, poking you straight in the eye while you sleep, sneezing on your plate, screaming in church, embarrassing you by loudly announcing how fat your friend is (in front of said friend)….cake walk.

Children caught up in deception…Children who walk away from you… not so cake like. You know who you are, Mama, right now. And you have to know this: You spoke the truth. You stood firm. You gave and gave. God saw it. He sees. And don’t worry; He also acts.

His hand is still on your head – and that of your wayward one’s. So pray and pray. He will not forget you. You are on His mind.

0 thoughts on “Hope for Parents of Prodigals”