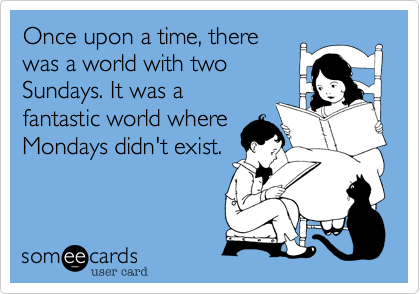 If I were related to Chewbacca, I’d probably look like one of these Mod-Squad type Wookies.  I kind of have a thing for Wookies, specifically the sounds a Wookie makes.  Our dog that passed away in December used to make sounds exactly like Chewbacca.  In fact, we could say to her, “make Wookie sounds,” and she would oblige.  It was just one of those quirky things that pets do, and it made her her.  I even changed the ringtone notification for texts and such on my phone to the Chewbacca sound many years ago, because it sounded like her. That, and it makes people smile for some reason.  I’ve had it go off in stores and toddler boys will tell their mothers that there must be a dinosaur nearby because they heard my phone, and a couple in Target once were in the card aisle when Chewbacca piped up, prompting them to search several of the cards to find the one that made the noise.  Okay, so I have fun with the sound too! These days, it mostly just reminds me of my dog, whom I still miss very much, but when I hear the sound, I smile nonetheless.  So… for me… Wookies rule.

Have a great week!

Author: Christine
Filed Under: Musings, Uncategorized
“Are you OK?”
After the Rain