When You Don’t Recognize Jesus 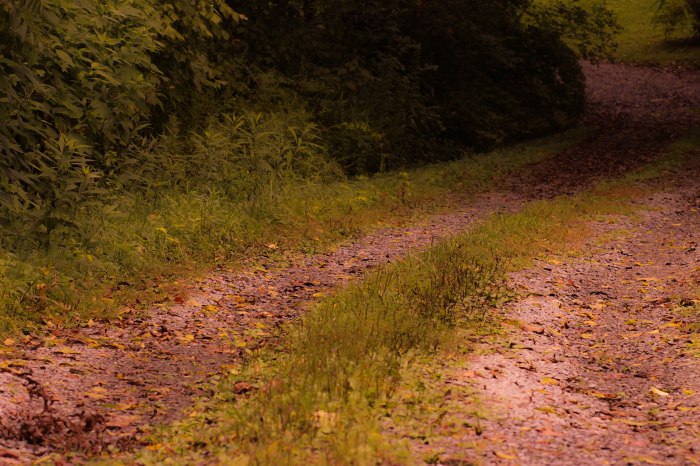 For several years now, I’ve done the whole “read the Bible in a year” thing. I thought it was good to do… keep myself grounded in His word and truth on a daily basis. And it’s a lot easier to do it on my iPad each morning (the bright light helps me keep my eyes open better than straining over the teeny words in my physical book). I’ve used many of the different plans at Bible Study Tools or Bible Gateway.  I think I’ve read through the Bible in pretty much every version they have. Last year though, I read an article that basically challenged my thinking.

Let me put it to you this way. Which is a better claim?

I read the Bible in a Year.

I’m going to go with claim two, wouldn’t you?

So…. yeah, that makes a whole lot of sense to me.

All this to say, I’m not reading the Bible in a year-long plan, but working my way through the it in a more thorough and deeper way. I’m reading the Gospels in a parallel manner right now. In line with Easter last week, I read about the resurrection. What struck me was that after Jesus was resurrected and then appeared to his family, his friends and apostles, they didn’t recognize him.  He walked around with them, ate with them, went into their houses, and they didn’t realize Jesus was in their midst.

“At this, she turned around and saw Jesus standing there, but she did not realize that it was Jesus. He asked her, “Woman, why are you crying? Who is it you are looking for?” Thinking he was the gardener, she said, “Sir, if you have carried him away, tell me where you have put him, and I will get him.” – John 20:15,16

Now that same day two of them were going to a village called Emmaus, about seven miles from Jerusalem. They were talking with each other about everything that had happened. As they talked and discussed these things with each other, Jesus himself came up and walked along with them; but they were kept from recognizing him. – Luke 24: 14-16

Later Jesus appeared to the Eleven as they were eating; he rebuked them for their lack of faith and their stubborn refusal to believe those who had seen him after he had risen. – Mark 16:14

Despite knowing Jesus – and knowing him well – they didn’t know who he was!  Well, at least not immediately.

He had to reveal himself before they knew who was in their midst.

I don’t know about you, but sometimes I have trouble recognizing Jesus.  I have trouble seeing when He’s working in my life.  When He’s taking the broken things and making them whole and new again.

Like the famous “Footprints” poem, I often have difficulty seeing that He’s walking next to me most of the time, and carrying me at others.

Sometimes, I recognize His hand at work in the midst of a situation.  Most often when it’s someone else’s life, because then, I’m not in the middle of the chaos, rather, I’m looking at the big picture. But when it’s me… and my picture… there’s that whole “forest for the trees” thing that comes into play. I can’t see Jesus even when He’s there.

But again, maybe it’s not just that I’m not seeing Him.  Maybe He’s intentionally keeping me from seeing Him.

Long ago, I had a conversation with a friend who told me that she often felt that if God always let her see what was ahead for her, she might be too paralyzed to move.  I’ve often thought of that, because if 20 years ago I had foreseen some of the challenges in my life today, I might not have ever wanted to get out of bed! Maybe some of my decisions and actions would be completely different had I known – for the better or for the worse.

Maybe God prevents me from seeing Him clearly because, like a parent who doesn’t fully elaborate “stranger danger” to their 6 year old because it would unnecessarily traumatize them, He’s allowing me to stay blissfully unaware so that I can be the best me.  If I knew all the stuff ahead, I’m not sure I’d be the best me.

Then too, maybe He’s keeping me unaware because without seeing Him, I’m continually seeking Him.

Maybe… in everything, He just wants my heart…

And within the past couple of days

0 thoughts on “When You Don’t Recognize Jesus”